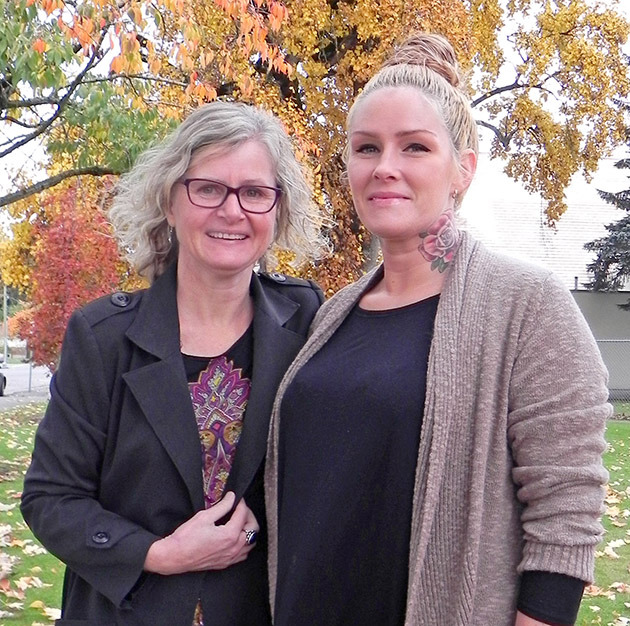 Joan Goosen and Tamara Brown are creating a new agency aimed at suporting the estimated 400 to 800 women and girls in Chilliwack experiencing sexual exploitation. — Image Credit: Jessica Peters/ The Progress

A new society that aims to help sexually exploited women in Chilliwack received full support from elected officials over the weekend, at their first fundraiser.

PEARL Life Renewal Society was created by clinical counsellor Joan Goosen, with the help of Tamara Brown. Together they are hoping to create an open doorway for women who are being trafficked, living on the streets, or otherwise sexually exploited. They plan to offer those women support and services, along with hope for their future.

MP Mark Strahl was among the guests for the fundraiser, and he gave special recognition about the new society on Monday while in the House of Commons.

“We heard powerful presentations on how most girls trafficked in Canada are lured into the sex trade between the ages of 12 and 14,” he said. “The most powerful story of the entire night came from Tamara, who shared her story of being sexually trafficked starting at the age of 13. After 15 years, through hard work, determination, and God’s grace, she finally broke free and is now helping others to do the same.”

The society and its volunteers is “committed to empowering girls and women who are sexually exploited, trafficked and in prostitution through support, education, and love to embrace hope and renewal,” he said.

Once PEARL has established a location, they will be offering support and access to resource options, including housing, addictions treatment, personal hygiene needs, counselling, life skills, education and job skills training and placement.

“Chilliwack is a compassionate, caring community and I know I speak for all my constituents in wishing PEARL every blessing as they start this important ministry,” Strahl added.

“I was so moved by the stories told there,” said Martin. “Stories of hardship and hope, desperation and determination.”

Martin added that the society will have his full support as they move forward.

“PEARL seeks to provide compassionate support for young women in our community who need help in escaping sexual exploitation and prostitution, and moving forward in their lives,” he said. “I want to commend all those involved in creating this ministry and offer my full support as they seek grow the organization and change lives in our city.:

The event was held at Main Street Church, and they sold almost 400 tickets. One of the main speakers was Joy Smith, who spoke about human trafficking.

Goosen thanked the community for its support in a Facebook message this week, as well as the night’s other speaker, Tamara Brown.

“Thank you to Tamara for your courage in sharing your redemption story, and your family who are all a part of your journey! Your story gives us hope for the the other ‘Tamaras,’ as you mentioned, who are still being sexually exploited in Chilliwack,” Goosen wrote.

She says they are almost at their benchmark goal of raising $70,000, the amount needed for their first year of operations. They’ve now almost hit the $60,000 mark, she said. 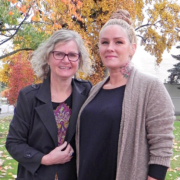 Want to join the discussion?
Feel free to contribute!

“A hand – and hope – offered to Chilliwack’s sexually exploited...

ENSLAVED AND EXPLOITED: The Story of Sex Trafficking in Canada (by Hope For...
Scroll to top